Skip to Content
Outlandish Blog | Teresa Maria / Travel / Dreaming of Vienna – What To See And Do? 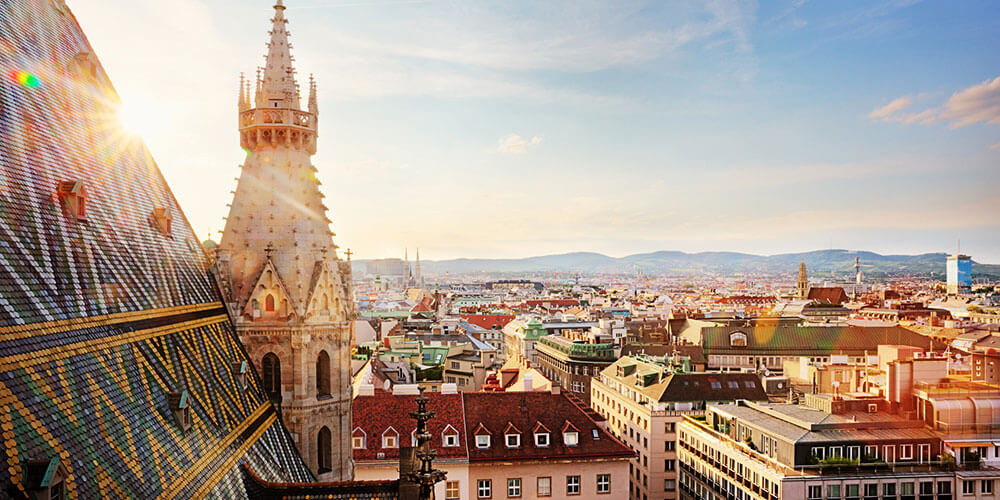 Sitting on the last boat from Helsinki to Tallinn one Sunday it hit me: Vienna will be my next home city!

This is funny because I was browsing through my old blog and in one of the posts about Vienna I concluded the story by stating:

But why everybody here (in Slovakia) is so eager to move there, I do not understand. It’s a huge city. I don’t like huge cities… I will visit Vienna again, many times probably, but I don’t think it will be the next place to move to for me.

Oh, how changeable is the mind!

At the beginning of this year I gave myself one year to save money and get myself into the head-space of moving to a new country for the 5th time (or 6th if you count England and Scotland as separate countries). I also had the feeling already then that Vienna would be the perfect next destination. Why? Because starting a life there wouldn’t be as hard core as it unfortunately has been in Estonia;

Vienna is a familiar city to me due to the many trips we made there while I lived in Bratislava; having formed such close and important friendships in Bratislava I wouldn’t need to worry about how fast I might make friends in my new home city because, in case it takes longer than I’d prefer, I could just take a bus to Bratislava each weekend.

Basically I’m quite sure that starting a life there would be much smoother than starting one in Estonia, although probably not quite as perfectly smooth as starting a life in Bratislava was for me.

I already started scanning for jobs in Vienna couple months ago. And now, because this almost-an-urge to get the wheels turning came on me so strongly, I might actually have to start applying for those jobs… Even though I’m about 9 months ahead of schedule.

What say you? You are not familiar with the capital of Austria? No worries, let me give you a quick recap on why Vienna is at least worth a visit, if not a move.

A lot of people do not know this (at least I didn’t and I grew up thinking my education was the best in the world and covered pretty much everything) but Austria was still a huge empire in Europe until the first World War; it was known as the Austro-Hungarian Empire and it covered about 1/4 of the European continent from Czech Republic all the way to Bosnia and Romania.

Obviously I must mention that the greatest, noblest and simply the best Emperor, or actually an Empress (because the best ones have always been women), that the Austro-Hungarian Empire ever had was named Maria Theresa. Which caused some hilarity when I moved to Bratislava and spent the first 2 weeks in bafflement because everybody who saw my name written somewhere found it extremely interesting and funny. And I had thought that Teresa Maria couldn’t be more mainstream a name in most parts of Europe, how stupid of me…

An interesting trivia about Maria Theresa: she had altogether 16 children and the second youngest of these children was to become the dauphine and later the Queen of France; it was no other than Marie Antoinette.

Due to Austria’s extremely rich and eventful history Vienna is full of places to see and visit, for example the city center already contains 3 castles: Schönbrunn, Hofburg and Belvedere. And what’s best about Vienna is that all the biggest sights are within walking distance of each other. These are the most famous sights there and definitely worth a visit:

Where? Right in the middle of Vienna the Castle is like mini-Versailles with a large courtyard surrounded by a big area full of gardens and parks.
What to see/do? The inhabitants of the Castle have been a truly interesting bunch so I very much recommend renting a walkie-talkie-guided tour inside the Castle. The architecture inside is  magnificent, as can be expected. If history isn’t your thing just take a picnic in the vast gardens behind the Castle, climb to the hill with a pavilion to see the whole area or go for a ride through the gardens on a horse cart.

Where? Inside the 1st borough area on Landesgerichtsstrase. You can’t really miss it, it’s one of the most beautiful buildings I have ever encountered.
What to see/do? The biggest events in Vienna can always be found on the Rathaus courtyard; Christmas Markets, Summer festivals, etc. I’ve visited the Christmas Market there 3 or 4 times and last year we even went to skate there in the magically lit skating rink they had built to one corner of the park.

A word of caution: because this is one of the biggest tourist attractions in town and because there is always something going on you might want to take extra-good care of your bag while roaming through the thick crowds there. 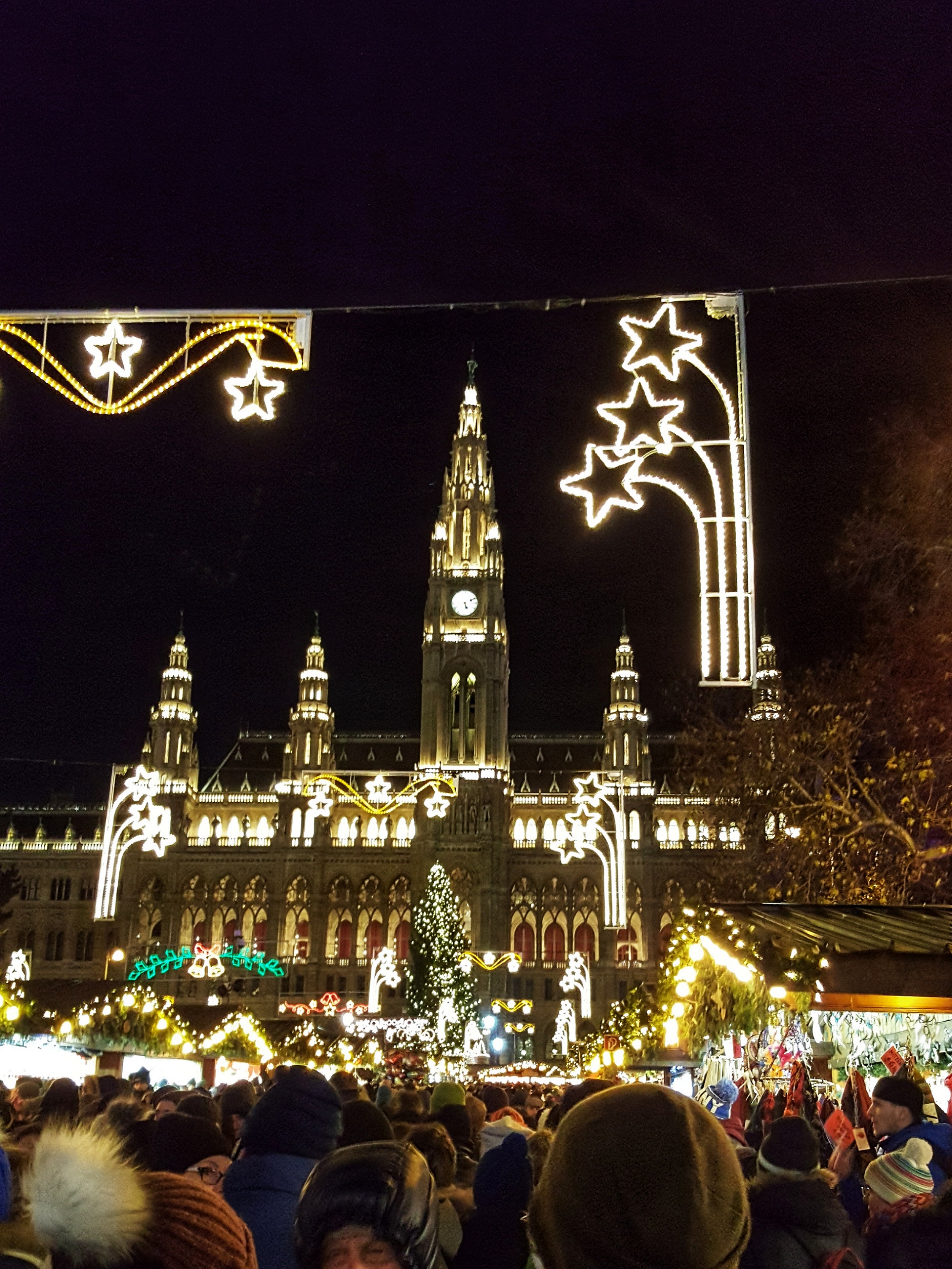 – because no trip in Europe is complete without visiting at least one cathedral at the destination, right?

Where? From the Hofburg Castle you can easily find your way to the old town of Vienna and in the middle there you will find yourself standing in front of the massive, medieval structure that is the Stephandom Cathedral.
What to see/do? There are a lot of concerts arranged in the Cathedral and you can choose between multiple tours to the tower or to the catacombs. A funny note about many churches in Central Europe was that despite Catholicism being very strong in the area, in many churches you need to pay to even go and walk around the church on your own. A bit greedy, I think.

Prater, oh Prater. The amusement park that eluded my notice until I had already moved away. Every time I visit Slovakia the trip includes a visit to Vienna, because it just is so close. Couple years back we decided to go to Prater but the problem was that the night before involved some heavy drinking and none of us were fit to ride anything in the 30-degree heat. But we did anyway… Well, the others did, I could only do the river ride where at the end you are splashed with a lot of water, and the basic roller coaster. I don’t know if it was the hangover or if I just got old, but I used to LOVE roller coasters, but this time I was scared enough to soil myself :D

Where? Prater is one of the few sights that is not located right among the three castles in the center. Instead Prater Park area is located closer the Danube river in Leopoldstadt borough.
What to see/do? In addition to the Amusement Park, which includes a wonder wheel that was built in 1897, in the Northern part of the park, the area is full of perfect spots for a picnic and it is littered with people just hanging out all-year-round. 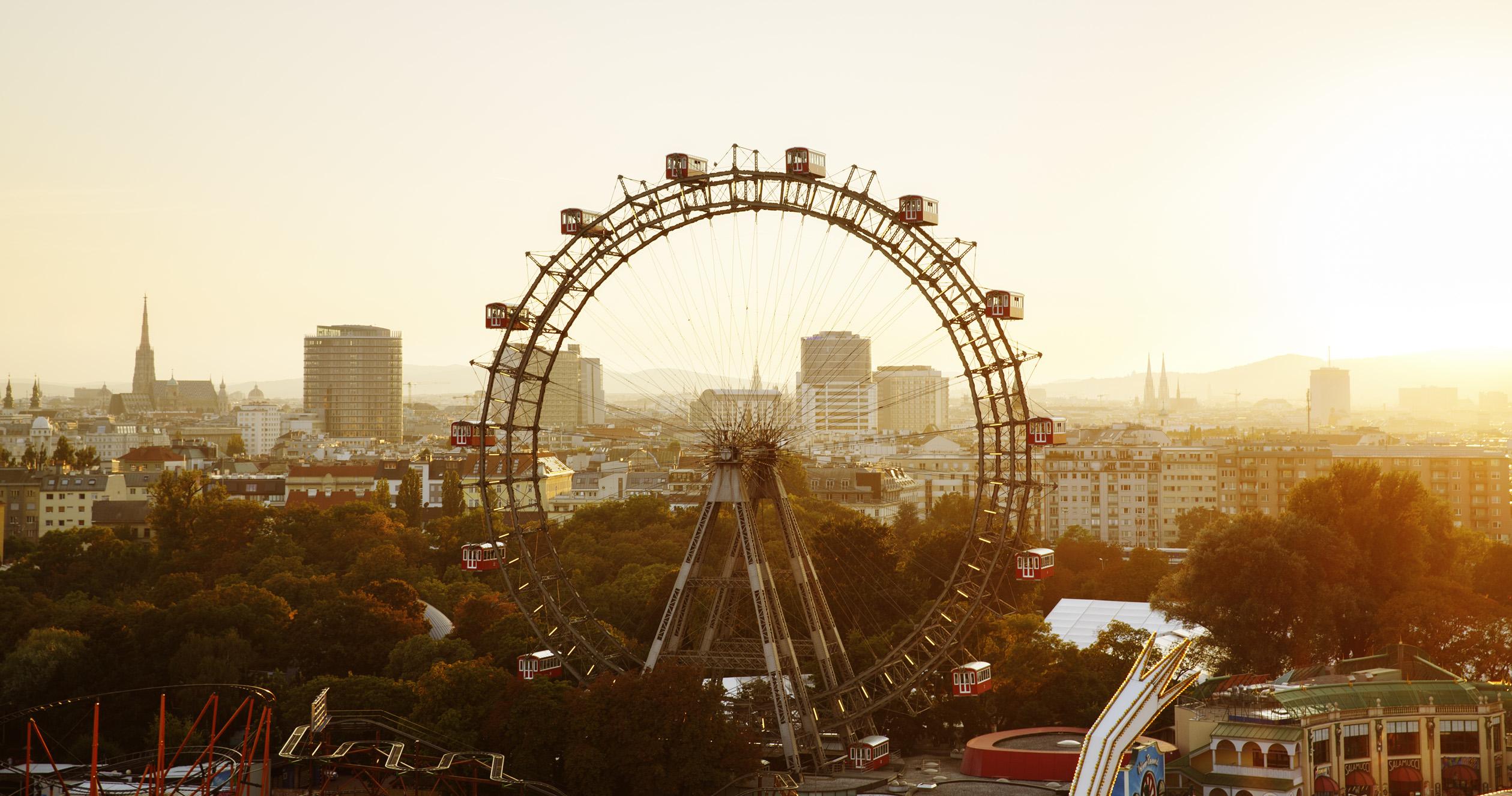 In addition to these Vienna is filled with Museums for all tastes and its Opera is world-famous, but unfortunately not yet experienced by me.

For shoppers I can recommend the Leopoldstadt area. It includes several malls, of which Donauzentrum is the biggest, and the “shopping street” Mariahilferstrasse with all luxury boutiques. Even the train station includes a shopping center, BahnhofCity.

Oh, how this trip down memory lane makes me nostalgic… I feel so happy but also a bit sad that I chose to give all that up and move up North. Even though I always knew that Northern Europe was never the place to be for me. How’s that for ultimate stupidity?

But, time has moved on, I have endured over 2 years in a country that has challenged me more than I could have ever imagined, and I can feel the need waking up in me again: the need to pick up my bones and literally transport them to another, warmer and happier location.